Why do we have a decorated Christmas Tree?

In the 7th century a monk from Crediton, Devonshire, went to Germany to teach the Word of God. He did many good works there, and spent much time in Thuringia, an area which was to become the cradle of the Christmas Decoration Industry.

Legend has it that he used the triangular shape of the Fir Tree to describe the Holy Trinity of God the Father, Son and Holy Spirit. The converted people began to revere the Fir tree as God's Tree, as they had previously revered the Oak. By the 12th century it was being hung, upside-down, from ceilings at Christmas time in Central Europe, as a symbol of Christianity.

The first decorated tree was at Riga, Latvia, in 1510. In the early 16th century, Martin Luther is said to have decorated a small Christmas Tree with candles, to show his children how the stars twinkled through the dark night. Later in the beginning of 18 century Peter the Great borrowed the tradition of decorating a Christmas tree from the West and tried to use it every Christmas.

Christmas tree nesting dolls are of different sizes and styles. Crafting them in Russia goes back to the past. The craft of designing Christmas tree was developing strongly during the last several decades. 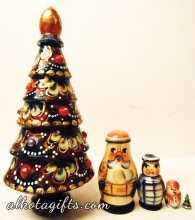 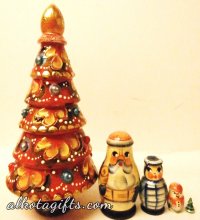 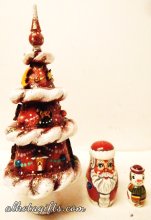 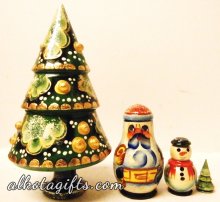 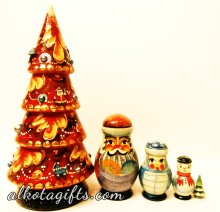 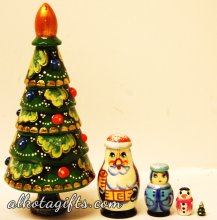 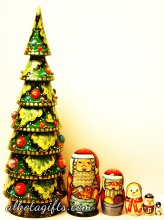 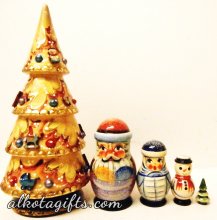 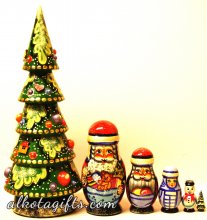 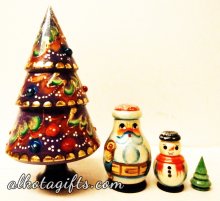 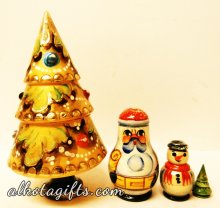 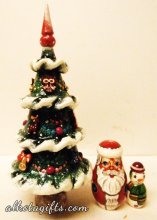